Message sent! We will call you back within 30 minutes.

The Palio in Siena – horse race in Siena 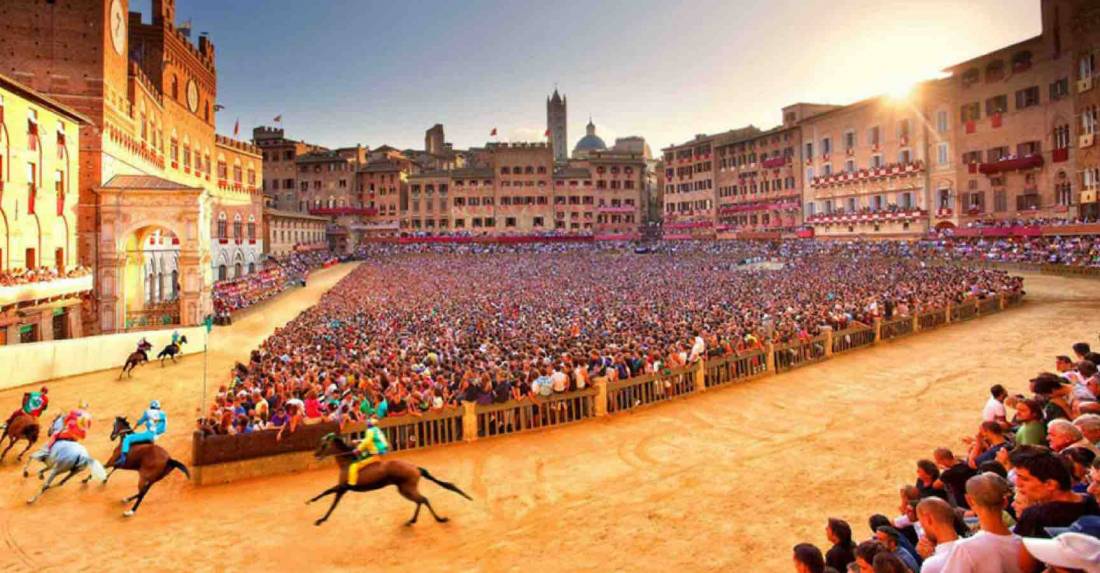 August 16 horse racing in the Italian city of Siena

One of the most attractive corners of Italy is Siena (Siena) - one of the oldest cities, a monument of architecture and culture of Italy. In the Middle Ages, this city, located in the western part of the country, in Tuscany, was the capital of a strong Siena Republic and already in that distant era kept masterpieces of Italian Gothic world-class dignity. It was in the Middle Ages that the tradition of racing in the city, called the Palio di Siena, was born.

History shows that the first races on horses were held in 1656, in this and subsequent years the races took place only once a year - on July 2. Since 1701, the Palio holiday has been held twice a year - July 2 and August 16.